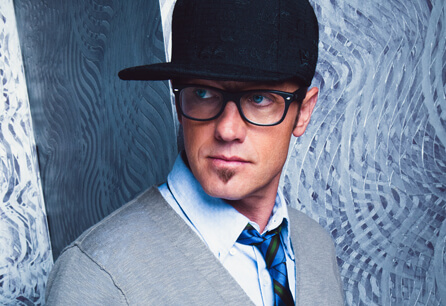 The extremely talented and grammy winning TobyMac will be exciting the crowds on February 21st, 2014 at the Abbotsford Entertainment  and Sports Centre. The “Hits Deep Tour” will also include Christian Music sensations – Brandon Heath, Matthew West, Mandisa, Matt Maher and new favorites the Capital Kings. The multi-talented tour will be “a show where you know every song” says TobyMac and adds “Bit Hits that hit Deep!. Not just because they are a good listen, but because they’ve spoken deeply to our souls”

Toby McKeehan or TobyMac is recognized as one of the best Christian rappers of our time. Gaining recognition in the trio group DC Talk, McKeehan went on to a solo career that has his songs topping the charts at record levels and selling over 10 million albums.  In addition, TobyMac has written five  books and is the President of Gotee Records. He has a real passion for motivating young talent and has also created Camp Electra , a musical retreat near Nashville that encourages Christian youth to build their rock and music skills.

Location and Time for TobyMac Tour in Abbotsford

This fantastic show is being held at the Abbotsford Entertainment and Sports Centre Date: February 21st, 2014 Time: Doors are scheduled to open at 6pm with the show commencing at 7pm Tickets and Pricing: – Tickets are $25, 35 and $75 for VIP. For more information Call 1-866-977-2372. Please Note that the Abbotsford show appears to be Sold out at this time. For TobyMac fans without tickets, the Seattle Concert date at the Key Arena is on February 22nd and still has tickets at this time.

The Best Western PLUS Regency Inn in Abbotsford is 10 minutes from the TobyMac venue (Abbotsford Entertainment and Sports Centre) and offers excellent accommodation and transportation packages for the Show. Call 1-800-771-3077 for more information.