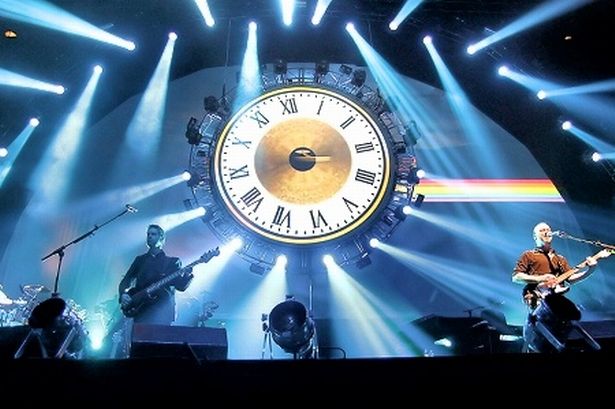 Delivering amazing performance since the conception of the Brit Floyd  Show in England of 2011, Pink Floyd fans will be thrilled to hear that the Discovery tour is coming to Abbotsford on June 8th, 2014. After performing to millions of fans, critics are quick comment that Brit Floyd is a complete hit. The Brit Floyd show in Abbotsford promises to feature music from all 14 Pink Floyd studio albums highlighted by a laser and light show. Fans will happy to know that along with the popular psychedelic hits form the 60’s the tour will play some less familiar tracks which carried sentimental feelings. Original video and animation is expected to add an additional level of excitement and visual appeal to already stellar event.

The Band came together in the Mid 60’s with band members  Mason, Waters, Wright and Barrett. Fifth member Gilmour joined in 1967. By the late 60’s the Band was a hit in London’s alternative scene. Called one of the most influential rock bands of all the time, Pink Floyd has sold over 250 million world wide and entered the Rock and Roll hall of Fame in 1996. By 2005 the Band had also been inducted into the UK Hall of fame and had truly secured its place in iconic bands of all time. Despite the band’s undeniable talent, the group has only captures on Grammy Award   in the category Best Rock Instrumental Performance for “Marooned” in 1995.

Offering comfortable accommodations and only minutes from the Abbotsford Entertainment and Sports Centre, the Best Western PLUS Regency Inn for more information offers some great stay and transportation packages for the event.